Home  About Us  School History 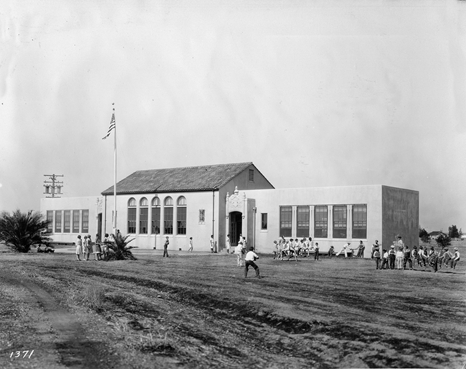 The Robbins township located in the heart of the Sutter Basin was established in 1926. The Basin, encompassing 75,000 acres and equal to one sixth of the entire county, was in need of a new modern school. A beautiful building was erected and the first 47 students entered its doors in the fall of 1926. One by one the three one-room schoolhouses throughout the Basin were closed, and the students were dispersed to both the Winship and Robbins sites. The tiny Knight’s School located just south of the Yolo County line, closed in the late 50’s and their students became part of the Grafton District in Knight’s Landing.

In 1955, the growing school population made it necessary to erect additional classrooms and a Multi-Purpose room. Then in 1965 Robbins Elementary became part of the Yuba City Unified School District. The small school located within the boundaries of a vast amount of taxable acreage made it a very attractive acquisition for the large school district.

In 1975, the old building, being deemed unsafe for earthquakes, was replaced by the existing structure. The one enduring feature from the earliest days is the Canary Island Palms that grace the playground. Only in Robbins can you play “Palm Tree Baseball”; a game made up by inventive Robbins Students and enjoyed for generations.

In 2005 Robbins Elementary severed its ties with YCUSD and the new Winship-Robbins Elementary School District was formed. Since that time the enrollment has more than doubled, and once again students from the Knight’s Landing area are in attendance at Robbins School. The small town of Robbins has forever been called the Heart of the Sutter Basin, and at its very core is the much-loved Robbins Elementary School. It enjoys the overwhelming support of the community as evidenced by their continuous generosity. In the past 10 years, through the auspices of the Robbins School Foundation, over $200,000 has been raised for the purpose of enriching the educational opportunities of its students.

Robbins has seen many changes over the past 87 years, but its commitment to all students remains its essence.